Aria Adhesive® is polyethylene-grafted-maleic anhydride (PE-g-MA) concentrate as a tie layer adhesive. It is a functional polyolefin used in multi-layer pipes to promote the adhesion quality between non-compatible layers by forming strong bond between the polyolefin layer (PE or PEX) and the polar layer (Al, steel or FBE) in pipe structures based on its dual-functional performance in applications below. 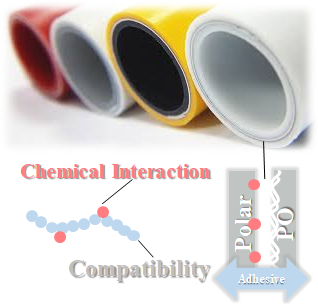 Anti-corrosion fusion bond epoxy coating in oil/gas steel pipes with high performance is resulted by combination of polar (FBE) and non-polar (PE) layers in 3-layer pipes. However, these layers are incomplete and need Aria Adhesive® as intermediate layer to provide a multilayer structure with excellent long term durability. 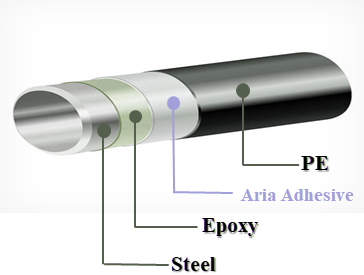 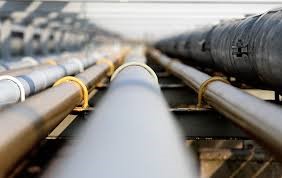 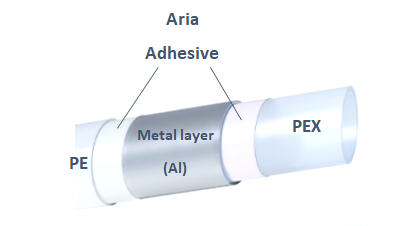