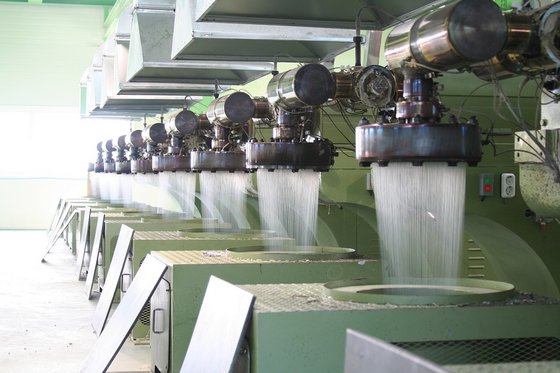 In the first part of the series, we got acquainted with ordinary polymer fibers; then, in the second part, we examined high-performance polymer fibers. In the third and final part, we introduce the production methods of the fibers.

Despite the wide range of natural and synthetic polymers, only a few can be used as useful fibers. This is because a polymer must meet certain requirements before it can be successfully and efficiently converted into a fibrous product. Some of these important requirements are:

In the following, we will examine each of these methods.

This method is commonly used to make fibers from polyolefin, nylon and polyester. The melt spinning process involves melting and extruding the polymer through a spinneret (i.e., a die with capillary holes), followed by cooling and solidifying it to form filaments. The polymer used is usually in the form of granules or dry pellets. First, the material enters the extruder through a hopper. The extruder melts and transfers it to a metering pump which delivers molten polymer into the spinning chamber at a very controlled speed, then the polymer is pushed into the holes in the spinneret and passes through them into a filament. These filaments pass through a cooling chamber to solidify. The amount of cooling and solidification in cooling chamber is usually controlled by passage of air. In some cases, heated cells and liquid baths may also be used. During the solidification process, a take-up device is used to draw filaments and turn them into small diameters. In order to improve the physical structure and mechanical properties of resulting fibers, they are often transferred directly to tensile process.

Important and influential parameters in this process are:

During spinning, these parameters must be carefully controlled to obtain the desired structure and characteristics for fibers. To understand how to control these parameters, we need to analyze the engineering of melt spinning process, which includes molten polymer flow, balance of forces and energies, and growth of molecular orientation and crystal structure. The great advantage of melt spinning is no requirement to treatment step, as no solvent is used. Another one is its very high production speed, which varies from a few hundred meters per minute to several thousand meters per minute. [1]

Here, the solution is transferred to filament by a metering pump with controlled speed. Often for solvent recovery, filaments are placed in an enclosed drying tower. After leaving filaments, polymer solution comes in contact with a stream of hot inert gas (usually air) and the solvent evaporates. Hot gas carries all or most of solvent evaporated from solution and exits drying tower. During this process, polymer concentration in filaments increases and they become solid. Dry spinning (800-100 m / min) is faster than wet spinning and slower than melt spinning. Examples of products are dry-spinning, polyacrylic nitrile, polyvinyl chloride and cellulose acetate fibers. The solvents used in this method usually have a boiling point and low evaporation heat. Solvents should also be easily recoverable, non-toxic and non-explosive in terms of stable heat. Examples of these solvents include alcohols, acetone, ether, and tetrahydrofuran. For efficient evaporation and recovery of solvent, the drying gas is often heated (the inlet gas temperature varies from 100 to 250°C depending on the nature of polymer and solvent). If possible, concentrated polymer solutions are preferred to reduce the amount of solvent used. The range of polymer concentrations in dry spinning is usually between 15 and 40%. Figure 2 shows a schematic of this process. [1]

Figure 3 shows the process of wet spinning. First, spinneret is placed in a spinning bath that contains an anti-solvent (a liquid that is soluble in a polymer solution but cannot dissolve the polymer). During spinning, polymer solution is extruded from spinneret into the bath and is deposited to form solid filaments. Then, the solvent in solution is removed by anti-diffusion mechanism. There are many different designs of wet spinning systems; Spinning baths can be placed horizontally or vertically. In a vertical spinning bath, filaments can move up or down. In addition to the spinning bath shown in Figure 3, more coagulation baths may be needed to remove the solvent, and sometimes the next steps of production (e.g., traction, washing, drying, heat regulation) with the process. Tricyclic is combined. Wet spinning is often used to process polyacrylonitrile fibers, polyvinyl chloride, polyvinyl alcohol and cellulose. The concentration of polymer used in wet spraying varies from 5 to 30%, which is usually lower than dry spray. Compared to spinning and dry spinning molds, the spinning process has a much lower spinning speed (from 50 to 300 meters per minute). This is mainly because the filaments in the liquid baths withstand much greater tensile forces. [1]

Gel spinning, also known as dry-wet spinning, can be used to produce high-performance polymer fibers. There are several forms of this process. First, polymer solution is pumped into spinneret, which is located above the spinning bath, to create a short air gap. Extruded filaments pass through the air gap, which is similar to a dry spinning process, and then, like wet spinning, go into a spinning bath. This process allows the formation of gel filaments by reversible thermal coagulation. They have sufficient mechanical stability and are transferred into the oven to be stretched into high-performance fibers.

In melt and solution spinning processes, the tensile step is necessary to achieve high molecular orientation and good mechanical properties. However, the stretch in gel spinning process is unique and outstanding. In general, gel filaments still contain large amounts of solvent and form swollen networks that are attached to small crystalline regions (Figure 4). Such gel filaments are usually pulled under high temperature in the oven. Although pulling is also possible after complete removal of solvent, the presence of solvent during extraction can help facilitate movement of polymer chains and lead to a very high molecular orientation in fibers. (Figure 5)

Gel spinning makes it possible to produce high-performance fibers from polymers with flexible chains such as very high molecular weight polyethylene (UHMW-PE). Usually for formation of gel filaments, the concentration of solution is low, for example, 1-2% for UHMW-PE.

Spinning is used to produce fibers from polymers that are not soluble and only melt at very high temperatures. For example, polytetrafluoroethylene (Tm=327°C) cannot be converted to fiber by usual melt or solution spinning. In order to form fibers, fine-grained PTFE particles are dispersed in a polymer aqueous solution (e.g., polyvinyl alcohol) and then fibers are made using dry or wet spinning to create homogeneous dispersion. After spinning process, polyethylene is heated to break down the polymer, and the PTFE particles are deposited on the fibers. [1]

Reactive spinning of monomers or prepolymers can be used to form fibers from reactive starting materials. A good example of reactive spinning is the formation of Spandex® fibers that are made using two types of prepolymers: one is flexible macro glycol and the other is rigid diisocyanate. Macro glycol is a long-chain polymer with hydroxyl groups at both ends. This part of Spandex® macro glycol is flexible and responsible for its tensile properties. Diisocyanate is a shorter-chain polymer and isocyanate groups at both ends which is rigid and strong. During fiber formation process, two prepolymers, in solution, are mixed with some additives and transferred to spinneret. After leaving, filamnets are heated with presence of nitrogen and solvent, react with prepolymers, and form solid Spandex® fibers. [1]

The idea of ​​electrospinning is based on an external electric field that is used for fluids or melted polymer. This field leads to creation of an electric charge on the surface of polymer and overcomes surface tension, resulting in a rapid flow or jet production. This method is only valid for charged polymer solutions or melts with sufficient molecular interactions. In electrospinning, a small drop of loaded solution at the end of a capillary is transformed into a cone. At a critical voltage, as load increases, a stable jet is discharged from tip of the cone. Low molecular weight jet of liquid is broken down into tiny droplets, a phenomenon called electrical spraying, while a polymer solution does not break with sufficient chain overlap and fusion, but so-called flexural instability. This causes a whip-like movement between the tip of capillary and the ground. Figure 10 shows a schematic of the electrospinning process.

Non-woven mats produced in this way have a special surface with high porosity and small pores that typically produces fibers with a nanometer diameter to below the micrometer. It is very difficult to obtain fibers with a diameter range of less than 1000 nm from other common methods. Nanofibers obtained by electrospinning can be used for many applications such as purifiers, membranes, optics, vascular grafts, protective clothing, molecular molds and woven frames.

In this method, properties of fiber depend on uniformity of electric field, viscosity of polymer, strength of the electric field and distance between nozzle and collector. [2] 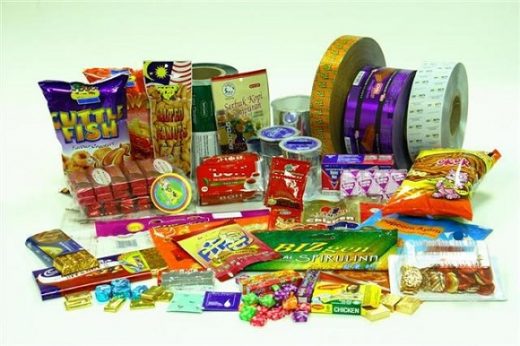 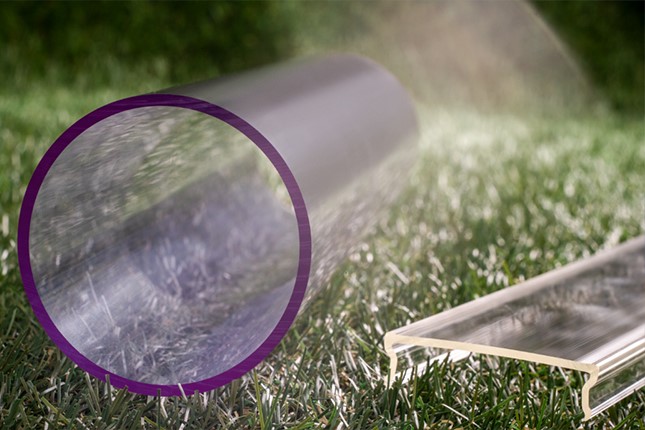