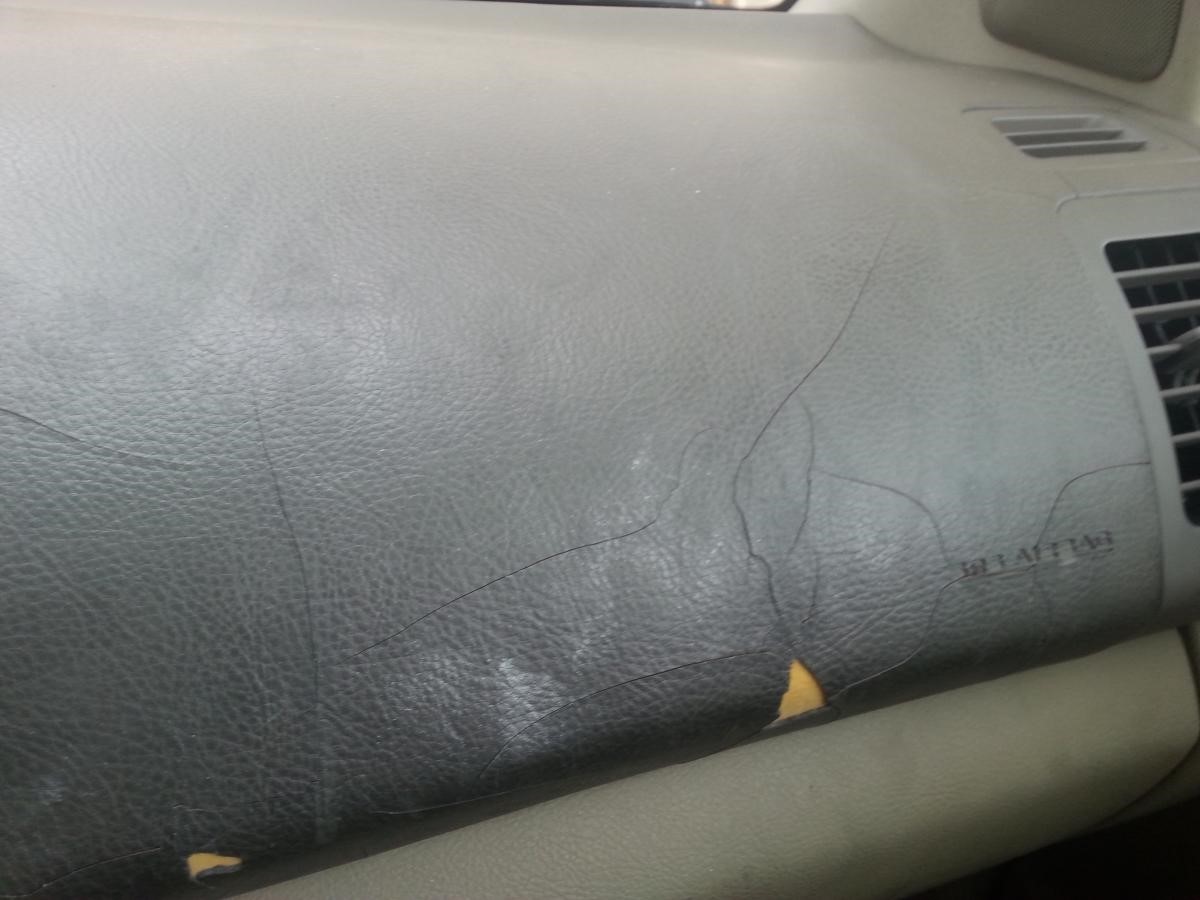 Nowadays a combination of different physical, mechanical, and thermal properties is needed in many engineering applications, but it is not possible to use only one type of material that creates all desirable properties. For example, in the automotive industry such as dashboard production, we need a compound having proper stretch stability and anti-strength, hit resistance, and resistance to atmospheric conditions such as light (UV) and strengthen themselves even at high temperatures.

Since it is not possible to find a material that has all of these properties at the same time, there must be a method for combining the properties of the materials. This technique is called polymer blending. Polymer compounds mainly consist of one or more non-disperse phases in a continuous phase (matrix). The discontinuous phase is usually stronger than the continuous phase. Therefore, it is called the reinforcing phase, such as fibers, nano clay fillers, carbon nanotubes, graphene, etc.

Often in the application of polymer compounds, there are many problems related to their stability and durability. Especially considering that the durability of these materials in the worst conditions of long-term use is 10 or even 40 years. These problems are related to the environmental conditions used and the type of use (including maintenance, repair, and modification). The stability and durability of each sample is the main destination in the economy of different industries.

In some cases, only shortly after being in an environmental unbelievable situation, a catastrophic defect in the typical structural attachment appears. Ageing is one of the main challenges in applications such as polymer insulation. The main topic in ageing includes predicting how, when and how quickly defects occur, as well as conditions that can result in defects.

Ageing is a term used in many branches of polymer science and engineering when the properties of the polymer change over a period of time (in the case of mechanical properties or visual colour change.) These changes may be seen in mechanical properties such as tensile strength and toughness, in physical properties such as density, or in chemical properties such as reactions to corrosive chemicals. The source of these changes may be independent of the environment, or they may be of chemical origins, such as the gradual curing of a thermostatic material (vulcanization process), or of physical origins, such as rapid cooling of the polymer under volumetric release conditions. In other cases, the changes may be the result of interaction with the environment, such as when oxidation leads to chain failure. In this article, different types of ageing polymers are analyzed and the main sections related to physical ageing, thermal ageing, and weathering are also mentioned.

Physical ageing is one of the most common types of ageing. This type of ageing usually happens alongside other ageing described below. For this reason, it is necessary to deal with this type of ageing first [1]. Physical ageing is one of the classifications of ageing of polymeric materials, which usually increases with increasing density and decreasing molecular structural energy of the semi-crystalline or amorphous material when it is undergoing long-term transport [2]. 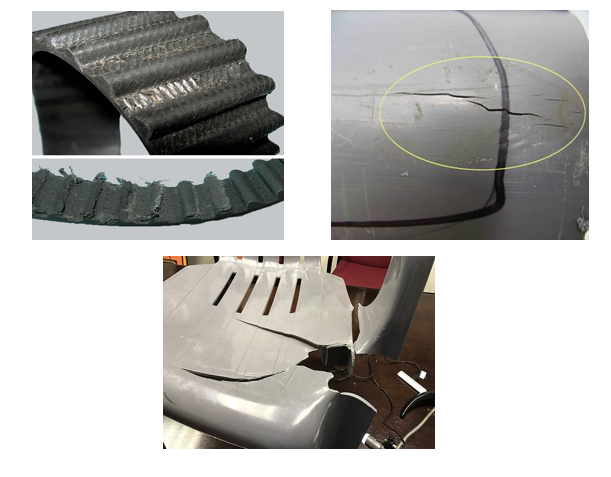 At high temperatures, if a destructive chemical agent (often oxygen) is applied to a polymer, it causes chemical reactions. These reactions can occur slowly or even don’t happen at ambient temperature. Over these conditions, they are collectively referred to as “heat degradation” and this is a phenomenon studied extensively in polymer science. In some cases, the use of polymers in various applications such as pressure molding to produce suitable parts can be considered.

It is worth mentioning that the thermal stability of the polymer should be improved by using appropriate thermal stabilizers to prevent polymer degradation during high temperatures.[1] 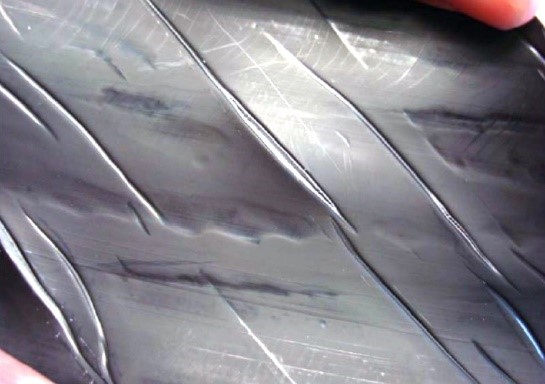 Figure 3. Examples of Degradation of Polymers Against Environmental Condition.

Weathering is sometimes referred to as natural ageing. Outdoor polymers can be damaged by several factors including UV rays, water, pollutants (in the form of gases or acid rain), rising temperatures, and temperature changes. In many cases, the main cause of damage is oxidation, which begins with ultraviolet radiation. As a result, there are many tests for ageing caused by sunlight that test the durability of the polymer. Stabilizers are also available for polymer weather resistance. The most common artificial sources of ultraviolet light are xenon lamps and fluorescent tubes [1]. UV rays (UV) radiation has enough energy to destroy the chemical bonds of various polymers such as polyolefin, polyester, polystyrene, and. Ultraviolet damage is intensified and accelerated in the presence of heat and invading fluids. The energy of this ray varies according to the amount of cloudiness in different geographical areas. To prevent this degradation, absorbent and UV-stabilizing additives, UVA and HALS, respectively, have been commercialized. The first group, UVA, absorbs UV rays and converts them to heat. The second group stabilizes the polymer against this radiation, not by adsorption, but by stopping the polymer degradation reaction. 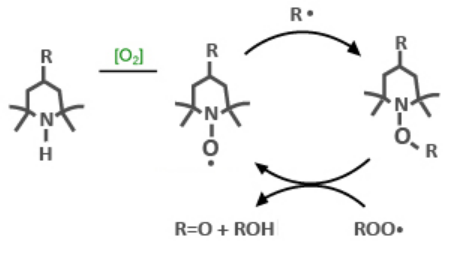 Figure 4 – Mechanism of Action of Antiviral Additives in Polymers[3].

The used absorbents are suitable for preventing the degradation of the polymer mass, pigments, and other sensitive additives used in the polymer, and for protecting the polymer matrix itself (for example, in packaging). On the other hand, the HALS family is suitable for stabilizing parts with high surfaces and low thickness, such as polymer films. Concomitant use of UVA and HALS has a synergistic effect in many applications, and usually, such anti-UV additives are used in certain proportions in masterbatches.

When choosing the optimal composition for stabilizing the polymer against light, factors such as the type of polymer, the thickness of the part produced, the presence of other additives, especially pigments, should be considered. UV light stabilizing additives are used in masterbatch in many applications such as auto parts, agricultural and greenhouse films, fibers, textiles, and other polymer parts that are exposed to sunlight [3]. 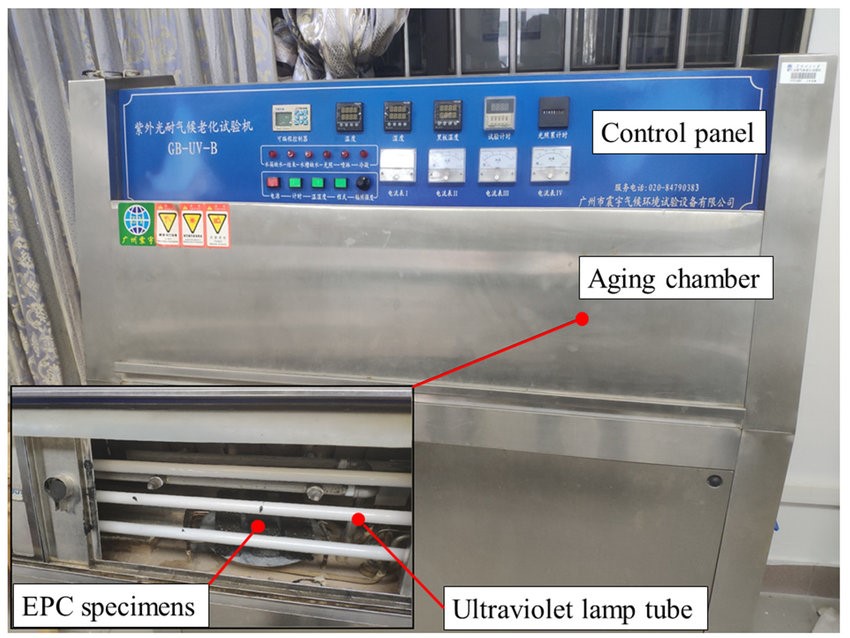 Figure (5) – An Example of a UV Testing Device Used to Test Weather Resistance [4]. 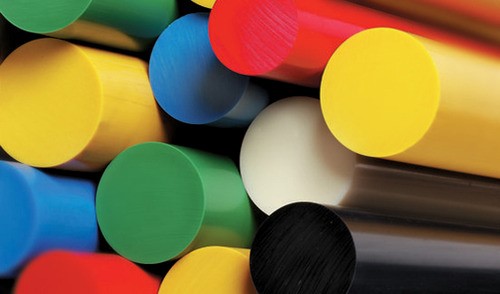 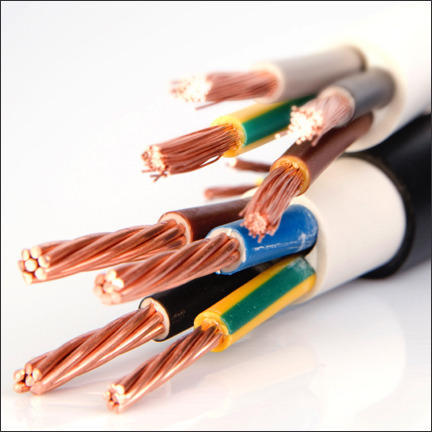